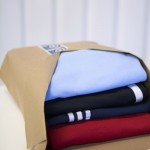 At LR we love saving you time, and with up to 40% off service washes until the end of February 2014 there’s no excuse not to try out our brilliant wash + dry + fold laundry service and start getting your free time back today.

Your clothes will come back in a neatly wrapped parcel, lovely and fresh. It’s a like a laundry birthday present!

The offer is valid until February 28th 2014, and as with all service washes you should only include items suitable for normal washing and drying (excludes bulky bedding such as pillows and duvets). If you have any questions, give our friendly team a call!

Thanks to your generosity, we have now collected over 3,000 kg of donated clothing for our charity partner Scope since we started working together in 2012, raising almost £20,000 from sales in their charity shops. Amazing!

Scope uses this money to support disabled people and their families, providing residential care, supported independent living schemes, short breaks, and employment and training. You can find out more about our work with Scope on their website, here:

On behalf of the whole LR team, we’d like to wish you a Merry Christmas and thank you for your custom in 2013.

We’ll be having a short break over the festive period, so our final day of deliveries before the holiday will be Christmas Eve (Tuesday, December 24th), and we’ll be starting up again on Thursday, January 2nd.

Laundry Republic was a  finalist in the Innovation category at the second annual HP Smart Business Awards, which recognise the contribution of small and medium sized businesses to the UK economy.

It’s been a busy year for LaundryRepublic. Earlier in the year, LaundryRepublic was named in the Accelerate 250, a group of the fastest growing businesses in the UK. Founders David Lambert and Ian Walker were invited to Accelerate 2013 where LaundryRepublic was recognised by Wikipedia Founder, Jimmy Wales, as an example of a high-potential online business whose disruptive innovation is transforming an age-old model to better suit the needs and lifestyles of customers.

Here’s what co-founders David Lambert and Ian Walker have to say about their company’s latest award nomination: “We are honoured to be finalists for the award among so many fast-growing businesses. It’s great to see the value of small, growing businesses recognised as a vital part of the current economy. It has been a very exciting couple of years for us, and everyone at LaundryRepublic is delighted at our inclusion among the list of nominees.”

The HP Smart Business Awards ceremony was held at the Serpentine Sackler Gallery in London on 15th October.

Pictures of the event: https://www.facebook.com/pages/LaundryRepublic/ 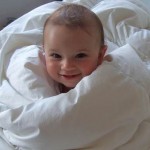 The nights have suddenly turned chilly, and lots of our customers are getting their duvets ready for some serious snuggling over the course of the winter months!

Over time, duvets collect large amounts of bed bugs, dust mites and dead skin cells, which can cause allergic reactions and respiratory problems, so now is the ideal time to get it laundered by LR.

To help keep you nice and toasty, we’re offering £5 off duvet cleaning until the end of September. Simply use the voucher code DUVET5OFF when you place your order at LaundryRepublic.com.

We finally got the clip from the video where Jimmy Wales, founder of Wikipedia, speaks to Michael Hayman about LaundryRepublic and the future of online business, at Accelerate 2013, Liverpool, UK, 27.06.13. The clip is courtesy of Accelerate 2013 and Seven Hills.

With thanks to Jimmy Wales and Michael Hayman.

We are very proud! 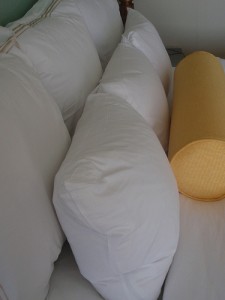 Over time, pillows collect large amounts of bed bugs, dust mites and dead skin cells, which can cause allergic reactions, respiratory problems and a number of other unpleasant ailments. And in the current heat wave it’s more important than ever to get your pillows cleaned regularly.

To help keep them clean and fluffy, LR is offering 25% off our pillow cleaning prices from now until the end of August. Simply use the voucher code PILLOW250813 when you place your order at LaundryRepublic.com.

With the discount, cleaning a polyester pillow drops to just £5.99 and a feather pillow to £7.49 – fantastic value!

The art of sewing has inspired me to create a new board on Pinterest. While looking for images and photos, I decided to research a bit further and speak to our tailor to find our more about the story of this craft. I’ve collected the main milestones in this post to share with you!

– Sewing is considered one of the the oldest of the textile arts, dating back to the Palaeolithic era, and is used in a variety of industries such as tailoring, shoemaking, upholstery or sail making.

– It was done by hand for thousand of years until the invention of the sewing machine during the Industrial Revolution in the nineteenth century.

– In London the home of high-quality, bespoke tailoring is Savile Row. The first tailoring shops were established here in the late 18th century, and patrons have included Lord Nelson, Winston Churchill and Mick Jagger.

– Tailors use a pattern or template to construct pieces of garments, before sewing them together to create the finished product.

– During the 20th century, there were a number of advances in the sewing machine technology and the textile industry that spread around the world.

– Although Western-style clothing prevailed, different cultures have developed diverse sewing techniques, from methods of cutting fabric to types of stitch.

I have also found many sewing tips, tools and tricks online for your home sewing, which I’ll share with you on our Pinterest sewing board.

But remember! if you don’t have time to do repairs or simply don’t know how to sew, LaundryRepublic’s professional tailoring service offers a brilliantly convenient way to get your clothes repaired or altered. From sewing on new buttons, to re-seating and re-hemming, to taking a garment in, out, up or down – our excellent tailor has 30 years of experience and is here to help.

Simply enter your instructions when ordering online or call us on 020 7193 3130 for specific queries. Our standard tailoring prices are available at www.laundryrepublic.com/view-prices.html, and for anything else you can send us the garment and ask for a free, no-obligation quote.

A couple of weeks ago Ian Walker and David Lambert, the founders of LaundryRepublic, were invited to Accelerate 2013, a flagship event aimed at celebrating Britain’s business champions and their impact on the British economy. LaundryRepublic was named in the Accelerate 250, a group of the fastest growing businesses in the UK.

David and Ian received inspirational advice from business luminaries including Lastminute.com founder Martha Lane Fox, Cobra Beer chairman Lord Bilimoria, General Sir Mike Jackson, former Chief of the General Staff, and Wikipedia founder Jimmy Wales. In his keynote speech to the conference, Jimmy singled out LaundryRepublic as an example of the future of online business, having joined our laundry revolution at his home in London!

The LR team is very proud of their founders and I wanted to share with you their impressions of the day:

Ian: “Being selected as one of the UK’s fastest growing small businesses was great, but learning from the experiences of famous entrepreneurs speaking was even better. Being pointed out in the crowd and recognised by Jimmy Wales as an example of a company applying technology to transform a traditional industry was brilliant. Networking with other small businesses was very useful – lots of shared experiences and challenges to discuss!”

David: “It was tremendously exciting to be surrounded by other fast-growing, dynamic companies at Accelerate 2013. Getting to hear speakers of the calibre of Lord Bilimoria and Doug Richard was an invaluable experience, and quite inspiring. And of course it was a personal highlight to have our company, LaundryRepublic, singled out by Wikipedia founder Jimmy Wales as an example of the future of online business!”

From the LR team thank you very much to all of our customers who are making our laundry revolution possible!

Almost 350 of you completed our survey – thank you for a fantastic response! The results were fascinating, and you showed strong demand for a special gym kit service. We’ll be introducing this within the next couple of months – watch this space!

In the meantime, we’re delighted to announce the winner of our prize draw: Nina Newbery, who uses LR at her gym near Regents Park. She wins £100 to spend on dry cleaning and laundry – congratulations Nina!

What are you looking for?